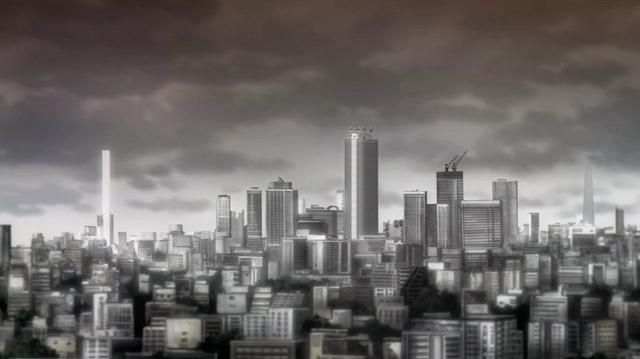 I am a HUGE fan of the city life, and experiencing it in an anime makes my urge to see Tokyo even stronger. Most anime isn't set in Tokyo as a matter of fact, because you always notice how there are little houses in the background. This is the only anime I know where you feel like being in a city and it's the only one I know that's set in a big city. It makes it even more awesome to know that the city is none other than the fabulous Tokyo.

2)The plot is amazing and you know it.

I just love how the whole "Celty losing her head and finding it on Mika Harima's body" thing is pretty epic. If I were the creator, I would've never been able to have come with such a creative storyline.

I actually think this is the best thing about this show. I love how it starts out with Celty finding her head on Mika's body, but then later finding out that Mika had actually had surgery to where she got her face to look like the head. Then in a turn of events, the mysterious "slasher" shows up and begins to murder people. We can't count out the fact that Kida was in the yellow scarves, too.

Most people totally freak over the characters more than anything, but I freaked out the most for the plot.

3)Izaya Orihara is sexy, awesome, he is now my only anime crush 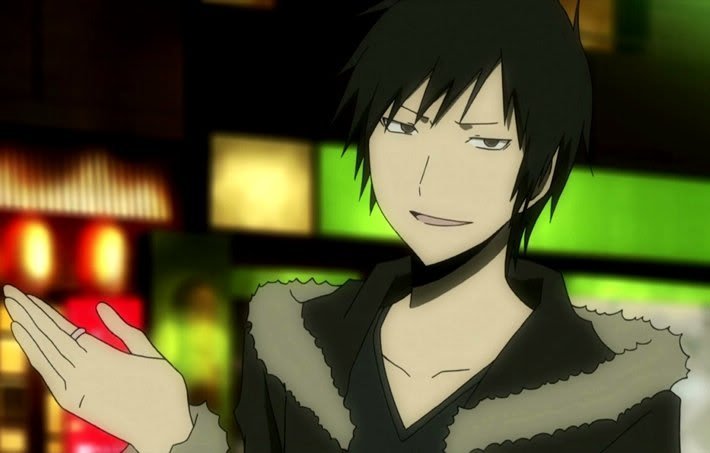 How can you say no to such a cutie?

Izaya Orihara is now my anime crush and my mental boyfriend. He may just be the love of my life though he doesn't exist ;_____;

Well anyway, he is awesome like that because he is so evil and sadistic. I am a FREAK for evil characters, and Izaya to me, is by far the best. His sexiness just adds on to the awesomeness... I love how he's always involved with everything and he's such a troll... I LOVED when he stepped on that chick's cell phone.

I am not a fan of Shizaya... but I just love their enemy-ship. I just love how Izaya will be all walking by and then here comes flying trashcans, signs, and whatnot.

I honestly don't see why people ship them so hard. Their enemy-ship should stay an enemy-ship. I think the show would just be ruined if they had any kind of romantic feelings towards each other. Two reasons are because one; they fight all the time and I just don't see it working out and two; I cannot STAND yaoi. (sorry, yaoi fangirls...)

5) All of the characters are such cuties

I just love them all... there's nothing much I can really say here.

There's no words to really explain how much I love them! Well my top two characters are Izaya and Shinra, Celty is also pretty cool.

Basically, DURARARA!! IS THE MOST EPIC ANIME EVER KNOWN TO MANKIND!

and Boku no Pico is an abomination to mankind...